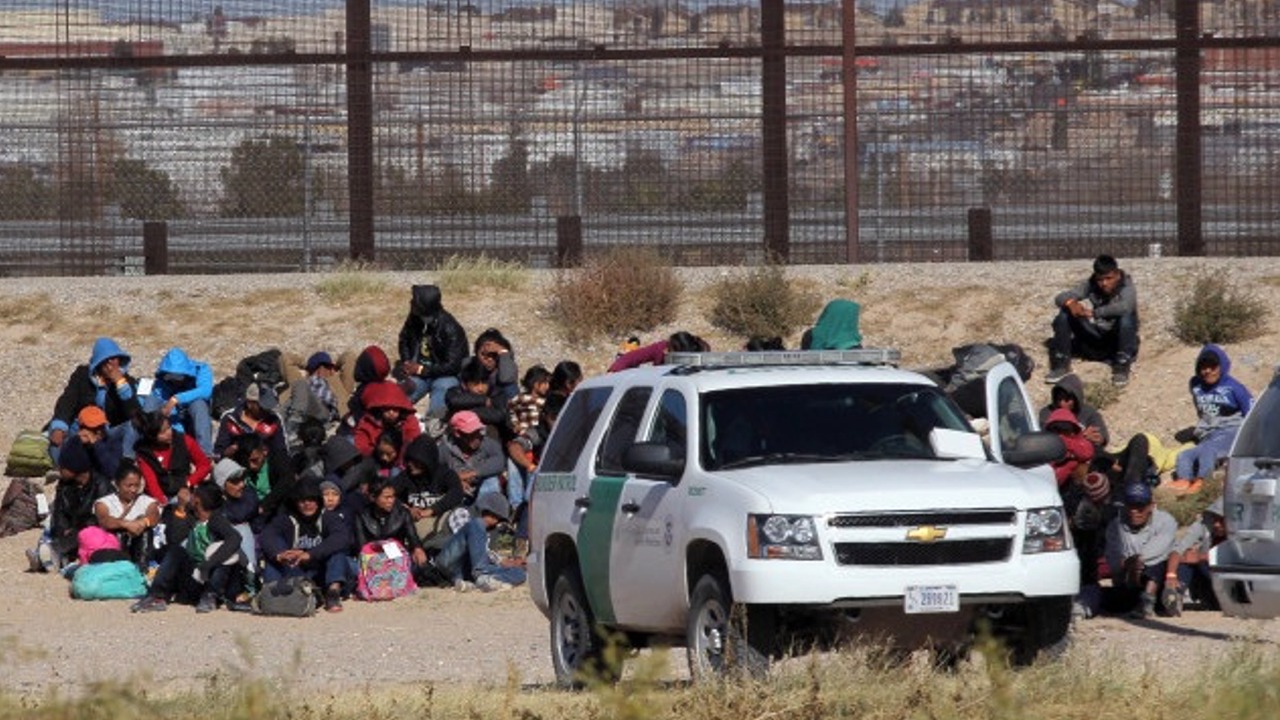 The Biden administration back on Dec. 29 had the nerve to again ask the Supreme Court to consider its bid to end the Trump-era “Remain in Mexico” (RIM) immigration policy—which requires asylum-seekers to remain on Mexico’s side of the border so they don’t gain a foothold in the U.S. while their asylum claims are being reviewed. The Supreme Court had already turned the Biden administration down in August 2021 when the administration made an “emergency request” to the high court to suspend the Migrant Protection Protocols, as RIM is formally known, while lawsuits against the administration from Republican-led states like Texas and Missouri proceeded.

“Lower courts, in initial decisions, found the administration failed to follow necessary rule-making procedures in terminating [RIM],” the Dec. 29 Wall Street Journal noted. Thus, Biden technically is required to uphold RIM, something he campaigned against in his presidential bid.

Dallas-Fort Worth border activist Sheena Rodriguez told WIN that she has gathered several reliable sources in her extensive travels to closely observe the border crisis at various flashpoints, including Laredo, Roma, La Joya, the greater Rio Grande Valley and in Del Rio, where reliable sources tell her that apprehensions of illegal entrants already have hit 19,000 just in the first few weeks of 2022.

“This is the ultimate exploitation of human beings on all sides,” she said, referring to how many of the “migrants” who aren’t part of a cartel or any other criminal outfit are being caught in the middle of the chaos, even while Mexican nationals (most of whom stay put, since the droves of people illegally entering or seeking asylum into the U.S. are largely from elsewhere) also are lied to by the apparently cartel-controlled Mexican government. Americans, especially Texans, are being shafted as well. Americans’ tax dollars are used. Other than that, it appears they’re totally disregarded.

Ms. Rodriguez said with certainty that the Biden administration, working with the UN and various NGOs, has “abided” by the RIM policies by watering down the regulations so that many more qualify for asylum than would normally be the case. The Mexican government, according to Ms. Rodriguez and another activist, 30-year retired Border Patrol agent Frank Lopez Jr., buses scores of “migrants” to the border where they’re turned over to the Border Patrol, which then processes them and takes them to various NGO facilities, including Catholic Charities, Baptist Child Family Services and many others, that prepare their paperwork and load them on luxury buses to take them inland, often via drops at major airports.

Lopez also told WIN: “The Mexican and U.S. governments are very efficient at moving people; it’s a well-oiled machine that aids in human trafficking to the direct benefit of the cartels.”

Lopez, who resides in Del Rio and is running for Congress as an independent in November against open-borders Texas Republican Tony Gonzalez, said the border fiasco is part of a larger betrayal of concerned Texans—and, by extension, of all principled Americans—that is allegedly being carried by the establishment wing of the Republican party concerning the border and other key issues.

Lopez alleges without flinching that the betrayers include Texas Gov. Greg Abbott. Lately, Abbott has stepped up publicity that he’s sincerely beefing up border security in several respects, including the construction of additional border wall sections—as part of Operation Lone Star—to counter Joe Biden, who, in one of his very first acts as president, squelched former President Trump’s comparatively ambitious wall-building project.

“Abbott is lying to Texans and Americans in general,” Lopez maintains, while claiming that Abbott apparently made arrangements whereby used shipping containers were stacked to constitute a “wall” portion near Eagle Pass, Texas—running perhaps 300 yards.

On the other hand, Brandon Judd, a frequent FOX News commentator who heads the National Border Patrol Council, has taken to the airwaves via radio ads and other media to announce the NBPC’s endorsement of Abbott as the governor seeks a third term, while saying Abbott is serious about border security and is up to the task.

“The cartels operate with impunity up and down the river,” he said, adding that other fence designs—both chain-link sections and other sections that resemble the conventional fence designs most people see along the border—have been erected by the Abbott administration, with the conventional section running perhaps three miles.

“It’s piecemeal here and piecemeal there,” Lopez said. “He’s staying ahead of the polls; it should have been pedal-to-the-metal when Biden first shut Trump’s wall down; instead, Abbott has dragged his feet. He’s a feckless politician who just wants to get re-elected to a third term.”

Notably, Lopez got full credit for video footage he sent to the Tucker Carlson show; the footage aired as Carlson reported that at Laughlin Air Force Base near Del Rio, as on-the-ground observers have confirmed for WIN, large, chartered civilian airliners have been seen taking off to whisk illegal aliens into the U.S. interior—which was only disclosed after Carlson’s crew pressured Pentagon and Immigration and Customs Enforcement (ICE) officials. These flights are reportedly continuing.

“The goal of the operation is to resettle illegal aliens throughout the interior without the knowledge or permission of the people who live in those places,” Carlson said. “The question we couldn’t answer is, where are all these foreign nationals being flown?”

An air-traffic records check suggested that one recent flight went to the former England Air Force Base in Alexandria, Louisiana, Carlson said.

According to Lopez, Gonzalez is the Congressman (his district includes Del Rio) who arranged for these charter flights from the air base. Notably, Gonzalez’s 23rd district has perhaps the longest section of an international border of any Congressional district in the entire country.

Lopez and Ms. Rodriguez had tentative plans as this article was written to visit the Rio Grande Valley of Texas to further scrutinize the border situation up close, with the intent of meeting with WIN at key locations. Stay tuned for updates.