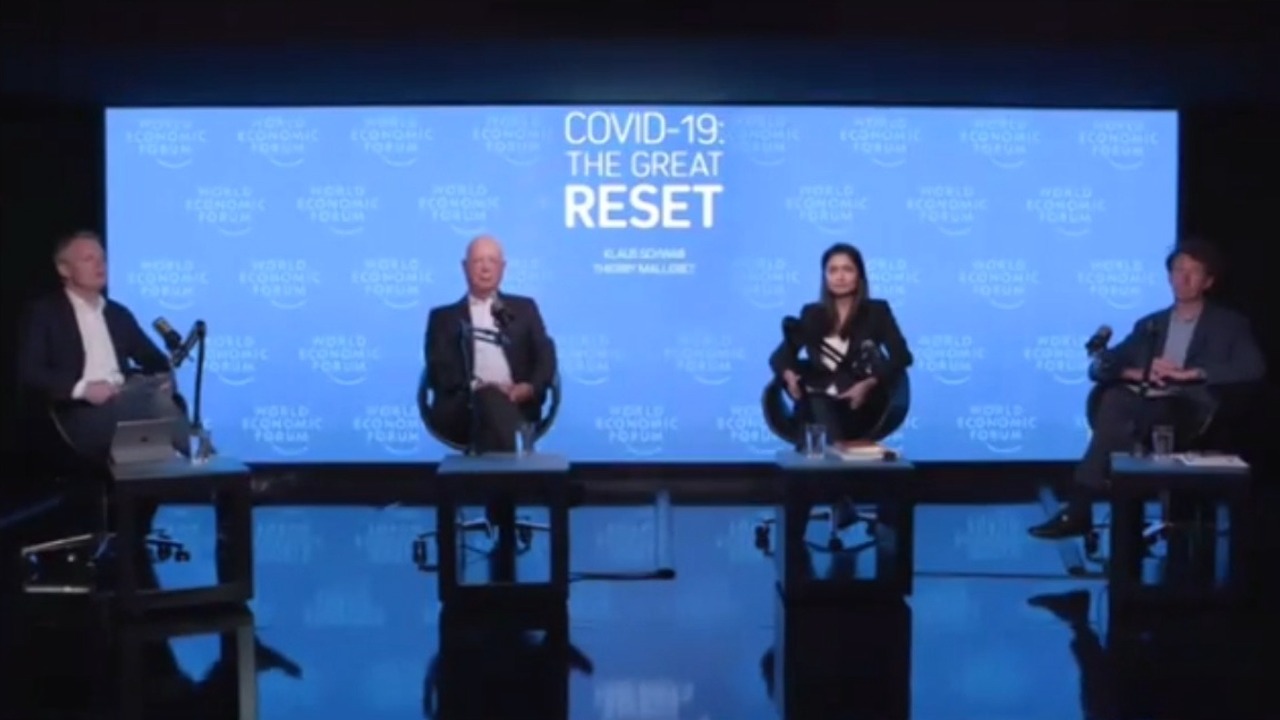 The World Economic Forum (WEF), increasingly regarded as the relatively open “wing” of the closed Bilderberg Meeting, is taking center stage, especially with the 2020 Bilderberg Meeting postponed, allegedly over coronavirus concerns. And with another major globalist confab, Chicago’s Pritzker Forum on Global Cities, also postponed, there’s quite a void to fill. Accordingly, the WEF is being especially strident in enlarging its influence while calling for “the Great Reset” amid the COVID-19 pandemic.

This major reset, which is also is being called “a new social contract” by the denizens of Davos, is long on nebulous prescriptions to supposedly “improve” the status and future of the human race, but it’s decidedly short on specifics. Thus, we must be highly cautious about the WEF’s goals since the exact substance of this proposed “reset” and what it would mean for the average citizen are not altogether clear-not yet, anyway.

To a large extent, this stems from a common factor within the globalist confabs that this writer has covered over the years (Trilateral Commission, Bilderberg, Brookings Institution, the Carnegie Endowment, Atlantic Council. the Chicago Council on Global Affairs etc.)-which is their nonstop use of vague, double-meaning language that this writer calls “globalese.” It’s designed to clandestinely help the global elites stay on the same page with each other, but it befuddles virtually anyone else, to mask the exact agenda among the masses.

One of the masters of this back-handed banter is WEF Founder/President Klaus Schwab, who’s a Bilderberg Steering Committee member. He announced in various “Great Reset” video presentations that the WEF is organizing a battery of “task forces” to study the issues surrounding the contemplated reset and present their findings at an opportune time.

“We will mobilize 10,000 global shapers to over 400 cities around the world,” Schwab cryptically stated. Schwab and England’s Prince Charles, who also is taking part in the Great Reset, agreed that COVID-19 has exposed numerous “fault lines” in society and therefore presents a set of circumstances that must be “leveraged” (their word) in order to change the world in very fundamental ways.

The implication at first blush is change for the better. However, the overriding question is: For the benefit of whom?

In a recent online column, noted economist Martin Armstrong said he senses in the “reset” a dark scheme to depopulate the world by “thinning the herd,” perhaps via forced vaccinations that harm rather than protect. “These people have used to press to terrorize [the population] to achieve their goal to recreate the world economy as ‘greener, smarter and fairer,'” he wrote, an apparent reference to the WEF’s involvement with Johns-Hopkins and the Bill and Melinda Gates Foundation in Event 201-a mid-October 2019 gathering where a zoonotic “coronavirus” simulation scenario was played out, complete with calls to censor dissident media and naysayers. Event 201 featured the social, medical and economic consequences of a coronavirus outbreak in a manner that eerily mirrored, and seemed to foretell, the actual pandemic that soon followed.

Armstrong may be reaching a bit, although more information on the reset will come from the task forces that Schwab mentioned. However, one thing which no one wants to mention cannot be denied: The WEF itself and its plutocratic planetary prescriptions operate on the assumption that man is purely a material being who must conform to environmental edicts and demote himself to the level of the animals. Gone is the Christian notion that humankind is to have dominion over the earth and is the crown of creation.

The WEF also assumes, accordingly, that all COVID-19 related “resets,” or major changes, must be based on “green” solutions in conformance with the Sustainable Development Goals of the United Nations and its Agenda 2030. Based on everything this writer has seen coming out of Davos, out of Bilderberg and out of Chicago’s Global Cities Forum, that means herding people into stack-and-pack “smart cities” while re-wilding large sections of the rural land.

That guarantees that the industrial and agriculture sectors, as well as the retail and public sectors, in order to be “green” enough and meet the Great Reset’s stated goal of “net zero” carbon emissions, would have to undergo an enormous overhaul that could conceivably mean the severe restriction of, or the end of, the private automobile and the closing down of all factories and farms, of whatever size, whose emissions are too high or are otherwise out of “green” compliance.

Furthermore, the WEF’s Great Reset participants, for the most part, are about as far removed from grassroots society as you can get. Helping conceptualize energy matters is British Petroleum’s Bernard Looney, while some economic and social considerations are being overseen by Master Card CEO Ajay Banga. Another Davos darling lecturing humanity for its sins is International Monetary Fund Managing Director Kristalina Georgieva.

“We need a greener, smarter, fairer world,” Ms. Georgieva summarized in one of the WEF’s “reset” video productions. Looney went so far as to say that every economic stimulus recovery program “should have ‘green’ conditions attached to it.”

Seconding that motion, Ma Jun, chairman of China’s Green Finance Committee, joined the WEF’s Great Reset discussion and said that while stimulus funds to aid in economic recovery amid COVID-19 are necessary, the conditional funding needs to be geared towards “green projects.”

And while Ma Jun, as is customary at the WEF, failed to give much in the way of concrete examples of what the Great Reset would actually involve-let alone what it would cost citizens in terms of their tax dollars, their sovereignty and their liberty-he did reveal his hand a bit when he said that one “green” idea would be to require stimulus-check recipients to “plant millions of trees,” thereby suggesting a species of indentured servitude to steer recovery dollars into the WEF’s “green” future. Perhaps it’s too soon for the words “forced labor.” Time will soon tell.