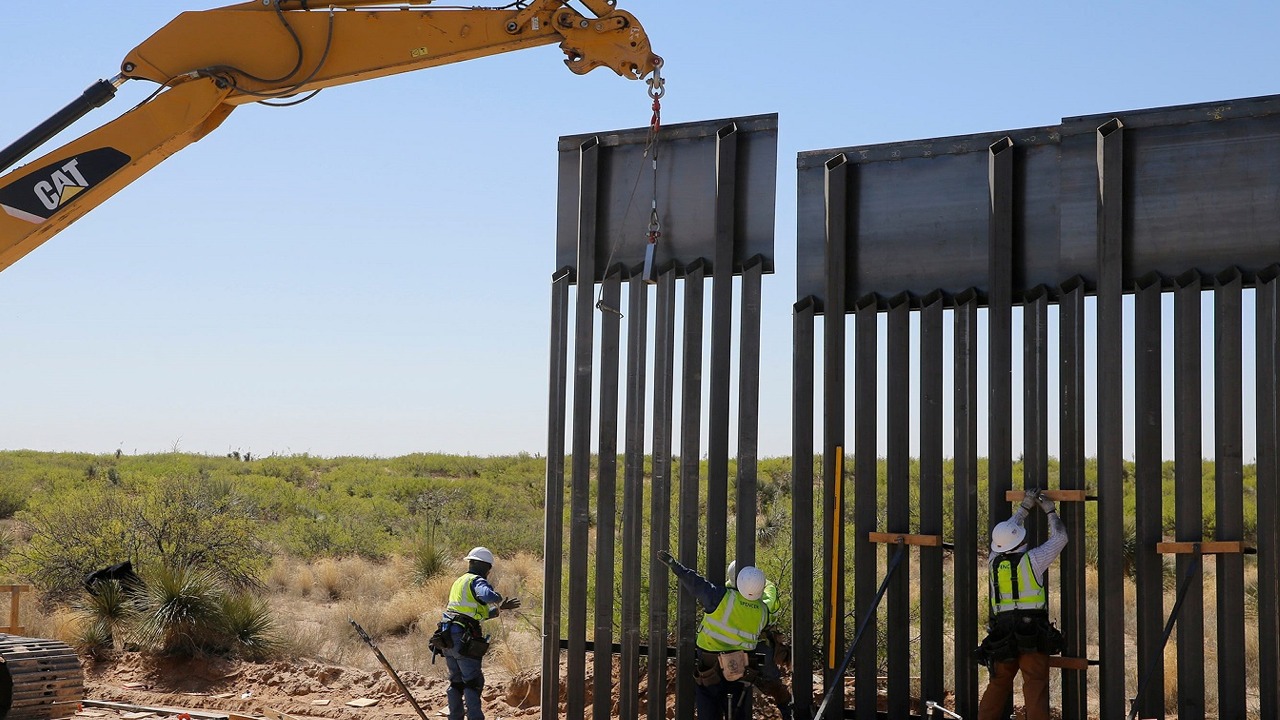 The border situation could hardly be more stark. According to Customs and Border Protection (CBP) data released March 15, for the month of February 2022 alone:

That’s nearly 1 million illegal entrants, limited to those actually apprehended, in a five-month period. Meanwhile, the Biden Administration and the Democratic Party continue their hollow harping about how not letting virtually every illegal border-crosser into the U.S. is the very height of cruelty—even though, in most contexts, the exact opposite is true.

The actual way to humanely remedy the southern border “flood” is to exercise ultra-strict border security with widespread and effective military and police-based defensive measures set up at all key hotspots, with the goal of closing the border as much as possible, save for allowing legitimate—but very well-policed—trade and commerce to transpire.

Doing that and more, as this writer has learned through 15 years of direct border observation, and by talking to dedicated citizens such as Wyatt Watson of Texas Border Patriots, retired Border Patrol agent Frank Lopez Jr., Sheena Rodriguez of Secure the Border and others would clearly de-incentivize the cartels and human traffickers who need a porous border to stay in business. With the “smuggling “highway” sufficiently blocked, diplomatic talks could begin to determine why so many people are fleeing to the U.S., with a focus on the economic and other factors, and shadowy criminal enterprises, that foster such upheaval and massive migration in the first place.

Ms. Rodriguez told this WIN reporter that GOP border betrayal is alive and well. Based on everything that she and fellow citizen border-watchers have seen in their frequent and detailed border observations, Texas Gov. Greg Abbott’s Operation Lone Star (OLS), announced at a Del Rio rally in the spring of 2021, was organized only after citizens in various counties raised hell and managed to get local authorities to declare their areas disaster zones.

Meanwhile, the Texas military and state police, oddly, tend to avoid known border hotspots. The Border Patrol, though deportations do happen, processes the “apprehendees” and helps transport them to private, often church-run charities so the human cargo can be bused and flown to far-flung U.S. destinations. The ultimate whereabouts and destiny of these people is largely unknown.

“Operation Lone Star . . . has thankfully granted relief to some rural border counties and Border Patrol Agents. In many respects, the relief has come painfully slow, and unresolved issues within the Texas military along with unclear objectives have been a stumbling block. Unfortunately . . . none of the [OLS] implementations . . . have been done with the intention of stopping the active border crisis,” Ms. Rodriguez explained in a recent personal column.

On a final note, White House announcements that Title 42 will be lifted has those citizens who’ve dedicated considerable time and energy to monitoring the border gravely worried. Title 42, under which the CDC issued an order early in the government-declared pandemic that asylum seekers and others could be expelled in order to protect the U.S. from illegal entrants carrying the covid-19 coronavirus, took effect in the spring of 2020 during the Trump administration. It has reluctantly been carried over by the Biden bunch.

Amid mainstream media reports that preach strict covid rules within the U.S. but blindly advocate loose covid rules for an international border that is crashed routinely by people from dozens of nations, Ms. Rodriguez also wrote: “The AG of Arizona has published an opinion defining the current border crisis as an active invasion. Doing so triggers the expansion of constitutional authorities to [any] state Governor to utilize when protecting the [state’s] citizens. [If and when] the lifting of Title 42 occurs, there will be a massive rush from around the world . . . which [could be] beyond comprehension and will result in immediate and long-term threats to the American way of life . . .”

Gov. Greg Abbott, at a press conference Weslaco, Texas on April 6, announced what he called “stage one” of a series of strategies to address immigration at the Texas / Mexico border. Abbott was joined by Texas Department of Public Safety Director Steve McCraw, Adjutant General of Texas Maj. Gen. Thomas Suelzer, and Texas Division of Emergency Management Chief Nim Kidd.

Amid Abbott’s visit, the U.S. Department of Homeland Security announced that as of May 23 it would end the Trump-era policy that allows for the rapid expulsion of migrants at the border and blocks them from seeking asylum, a policy that Trump enacted when the covid “pandemic” emerged in March of 2020.

After considering current public health conditions and an increased availability of tools to fight COVID-19 (referring to the risky mRNA “vaccines” as well as more trustworthy therapeutics), the CDC Director has determined that the order (Title 42) suspending the right to introduce migrants into the United States is no longer necessary.

“Once the Title 42 Order is no longer in place, DHS will process individuals encountered at the border pursuant to Title 8, which is the standard procedure we use to place individuals in removal proceedings.”

On April 4, McAllen mayor, Javier Villalobos, voiced his concern in a video shared on social media, warning that the area may soon “experience an immigration surge like we’ve never experienced.”

“While the origin of this surge was not clarified in the video, a McAllen spokesperson confirmed Villalobos is referring to the repeal of Title 42,” the local news station ValleyCentral.com reported.

Republican leaders have protested the planned repeal of Title 42. Missouri, Arizona, and Louisiana have filed lawsuits against the Biden administration for the decision.