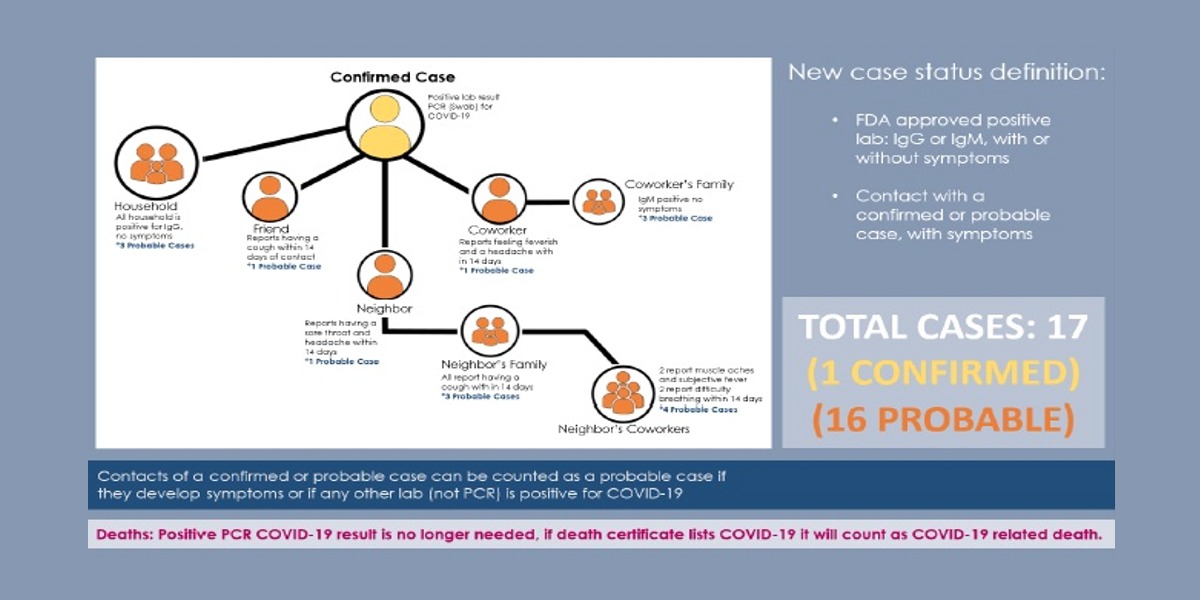 Lab results no longer even required to determine cases and deaths

A May 18, 2020 meeting of the Commissioners’ Court of Collin County, which is located just northeast of Dallas, Texas, revealed unmistakably solid proof that Covid-19 “case” numbers, as well as “death” numbers, are being vastly inflated. The Court-a legislative body under Texas law-met for a regularly scheduled meeting that day and received an overview of the new Covid-19 case and death definitions from County Health Epidemiology Official Aisha Souri.

The new guidelines she cited came from the Texas Department of State Health Services; thus, all 254 Texas counties would have received the same information-an important thing to keep in mind considering that Texas, Florida and Arizona, among other states, lately have been called the hottest of the so-called “hotspots” where Covid-19 cases allegedly have made a strong resurgence.

“Currently, a confirmed case of Covid-19 was considered confirmed if there was a positive PCR lab result for Covid-19-meaning if they got the swab testing done and it came back positive, that’s what would be counted as a case of Covid-19. If you did not have lab results and you just had symptoms, we could not count you as a case,” Ms. Souri told the commissioners, referring to how things were done up to the adoption of the new definitions. “So regardless of the contacts you may have had with a confirmed case . . . if there was no testing, you were not counted as a case.”

But that has been completely changed, to the point where all of the regular contacts of a presumably infected person can be automatically and uncritically counted as “probable” cases and added to the case count. As Ms. Souri explained:  “A ‘confirmed’ case-it stays the same-you still just need PCR. But they added a new probable case definition. So, that still gets added toward the case count. It’s different, it’s not confirmed, it’s probable-but it’s still a case.”

Furthermore, one “confirmed” case can now be counted, for example, as a total of 17 “cases,” because the person whose case was “confirmed” with the swab test is estimated to have had contacts not only with his own family members, but also with an estimated number of co-workers and neighbors. From there, the guidelines simply presuppose that the infection unavoidably reaches the families of co-workers and of neighbors’ families, regardless of the nature, proximity and/or frequency of such contacts, and regardless of whether the one “confirmed” case is showing symptoms.

Yet, on the basis of such imprecise standards, other scenarios could easily produce ratios of 1/30 or 1/50 or even more dramatic examples of pure guesswork tallied by the state and reported by the media-depending on the occupation, number of social contacts, family size, etc. of the infected person.

From there, while she never explained exactly what “related to Covid-19” means in this context, she showed a color-coded chart on which a yellow rectangle represents lab results and three blue boxes are “clinical criteria,” or suspected symptoms, while three green boxes represent contacts. What’s especially bizarre here is that, besides the general fact that “there are 15 different options for a person to be classified as a probable case,” the new guidelines include scenarios without any lab results and based on common ailments that could easily be misconstrued to signify a Covid-19 infection.

In one particularly shocking example,  if an individual meets any of the requirements in the green boxes and any item(s) in the blue boxes, then he or she is automatically counted as a case (albeit a “probable” one) with lab results no longer playing a role.  You only need to have one major symptom of the three symptoms listed in the blue boxes (“cough, shortness of breath, or difficulty breathing”) or two of these minor symptoms: “Fever (measured or subjective), chills, rigors, myalgia, headache, sore throat, new smell and taste disorder(s).”

And a “subjective fever” is just a “feverish” feeling not confirmed with a thermometer. Furthermore, the green boxes not only include “close contact with a confirmed or probable case”; the green boxes also say “OR close contact with a person with clinically compatible illness AND linkage to a confirmed case of Covid-19 disease,” and then: “OR travel to a residence in an area with a sustained, ongoing community transmission” of Covid-19, while adding: “Covid-19 is endemic to Texas.”

Notice the emphasis on the word “or,” meaning that merely traveling to or through Texas can be counted entirely separately from coming into close contact with someone experiencing a so-called “compatible illness.”

Thus, taken to their logical conclusion, these criteria show that the “bar” is so low for counting cases in Texas that, under the scenarios heard by the commissioners, one need only have a “cough,” or two of the minor symptoms-and live or stay in Texas-to be counted as a “probable” case.

Judge Hill remarked, “If you have a subjective fever and you have a headache and you live in Collin County, you now meet the qualifications to be a probable Covid-19 patient. It’s remarkable how low the standard is now. . . .I don’t think it can be overstated how much this could be taken out of context and could be . . . giving a false narrative to our citizens and our community. I’m very concerned we could see the numbers jump very rapidly, in a way that’s not indicative of what we’re seeing here in the public health department.”

Former U.S. Congressman Ron Paul, a former GOP presidential candidate (2008 and 2012) remarked about the Collin County revelations, “Repeat that farce across Texas and is it any wonder there was a ‘spike’ in “cases? Also, [Texas Gov.] Governor Abbott’s claim that hospitals were being over-run by Covid-19 patients was refuted by the Houston hospital directors themselves, who said they were nowhere near actual capacity and in fact were about the same level as they were last year.”

Paul, who served as an Air Force medical doctor early in his career, added: “The basis for Abbott’s unconstitutional “executive order” has been shown to be false. Will he admit his mistake? It is encouraging to see so many local and county officials across Texas announcing they will refuse to enforce Governor Abbott’s unconstitutional face mask order. Thankfully the spirit of freedom and love of liberty is still alive in Texas. The ‘second wave’ is driven by propaganda. Across the country, Covid-19 testing increased from about 150,000 to more than 700,000 per day. You can’t drive through Houston without seeing a flurry of signs advertising ‘Free Covid-19 test! Results in 15 minutes’ Last week Reuters reported that tests shipped around the country by the federal government were contaminated.”

He concluded: “Deaths from coronavirus – even the deaths ‘with’ coronavirus rather than deaths ‘from’ coronavirus – are down more than 90 percent since the peak in April. The decline in deaths continues. That means we are closer to the “herd immunity” that will finally kill this virus. Yet Governor Abbott and others across the country see this as a reason to lock the country back down.”

Of course, World Impact News asks: Does Gov. Abbott know about the Collin County data and, if so, is he still pulling back on Texas’ re-opening while knowing full well that the case and death numbers are woefully dishonest? Readers are asked to call the governor’s office and inquire about this matter: 512-463-2000 (hours 8 a.m. to 5 p.m. Central time); you can also call 463-1782. World Impact News is making its own inquiries as well to Abbott’s office and other local, county and state offices around Texas and across the nation.