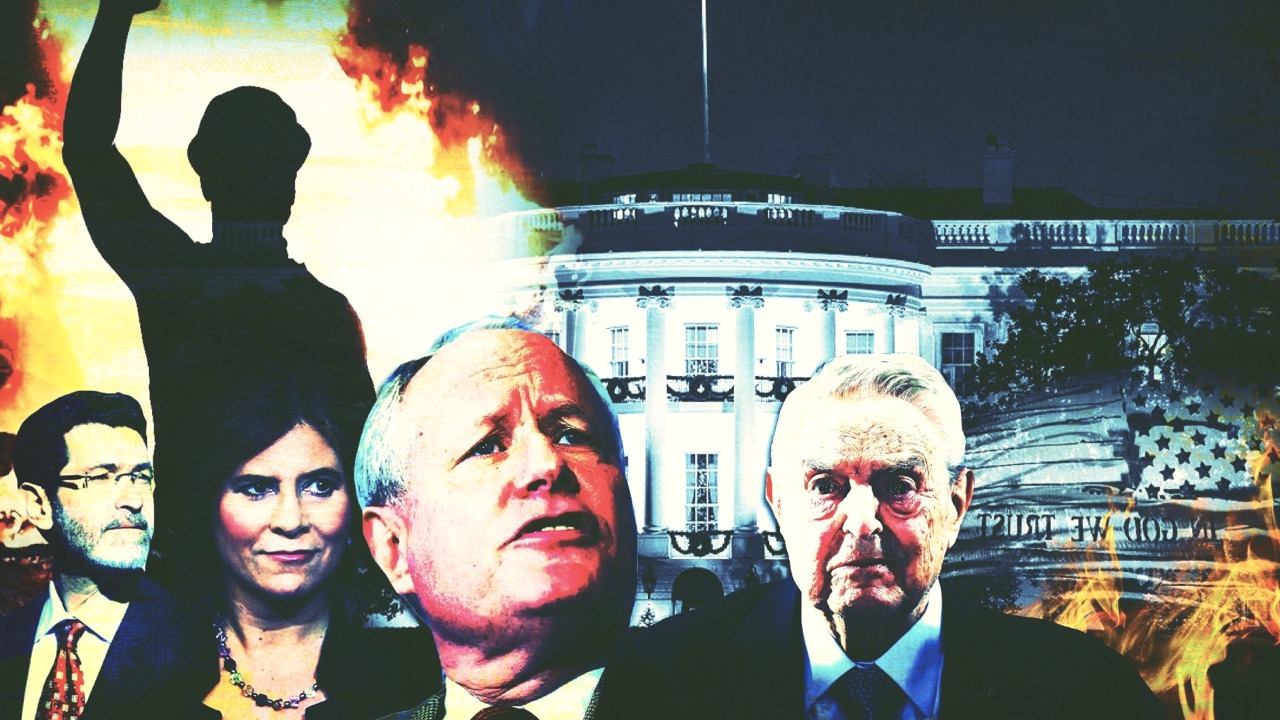 Well before evidence of 2020 election fraud came to light, despite the big media’s wall-to-wall effort to censor this political reality, a special anti-Trump war-gaming project put together by liberal and neo-conservative political insiders, called the Transition Integrity Project (TIP). Begun way back in December of 2019, TIP predicted in considerable detail the chaos and controversy surrounding the 2020 general election.

Among other “ghastly” things, it foretold that our “authoritarian” president, Donald J. Trump, would, like a true tinpot dictator, cling to power in total desperation, even if the nation’s virtual undoing would be the price.

Notably, a 22-page executive report released in August 2020 by TIP, named “Preventing a Disrupted Presidential Election and Transition,” begins: “The Transition Integrity Project was launched in late 2019 out of concern that the Trump Administration may seek to manipulate, ignore, undermine or disrupt the 2020 presidential election and transition process . . . . [T]he administration of President Donald Trump has steadily undermined core norms of democracy and the rule of law and embraced numerous corrupt and authoritarian practices. This presents a profound challenge for those-from either party-who are committed to ensuring free and fair elections [and] peaceful transitions of power.”

The TIP report’s opening statement also meandered: “Like many authoritarian leaders, President Trump has begun to lay the groundwork for potentially ignoring or disrupting the voting process, by claiming, for instance, that any mail-in ballots will be fraudulent and that his opponents will seek to have non-citizens vote through fraud. Similarly, he has frequently expressed the view that . . . his opponents are seeking to steal the election.”

The report went on to conclude:

President Trump is likely to contest the result by both legal and extra-legal means, in an attempt to hold onto power. Recent events, including the President’s own unwillingness to commit to abiding by the results of the election, the Attorney General’s embrace of the President’s groundless electoral fraud claims, and the unprecedented deployment of federal agents to put down leftwing protests, underscore the extreme lengths to which President Trump may be willing to go in order to stay in office.

TIP was put together by those enmeshed in, or beholden to, the globalist sect.  It was launched by well-connected internationalist academics Rosa Brooks and Nils Gilman “in December 2019 to focus on identifying and mitigating threats to democracy and administrative continuity in the period between Election Day and Inauguration.”

Notably, Ms. Brooks, who appears to be the tip of the TIP spear, has a “deep state” resume: A former senior adviser to Assistant Secretary Harold Hongju Koh at the State Department, she worked as Special Counsel to the President at the subversive Open Society Institute, a George Soros‘ philanthropic foundation. Also, she’s a columnist for Foreign Policy, a globalist organ sponsored by The FP Group, a division of Graham Holdings Company (formerly the Washington Post Co.). And she’s a senior fellow at the New America Foundation, whose president and CEO is frequent Bilderberg Meetings attendee Anne-Marie Slaughter.

Mr. Gilman, vice president of programs at the Berggruen Institute, leads its research, directs its resident fellowship program and is deputy editor of Noema Magazine. He’s an award-winning New York Times and Washington Post contributor and, among other things, a former associate chancellor at the University of California Berkeley.

Other participants in TIP’s exercises included:

(TIP) is a shadowy group of government, military and media elites who have concocted a plan to spread mayhem and disinformation following the November 3 presidential elections. The strategy takes advantage of the presumed delay in determining the winner of the upcoming election (due to the deluge of mail-in votes). The interim period is expected to intensify partisan warfare creating the perfect environment for disseminating propaganda and inciting street violence. The leaders of TIP believe that a mass mobilization will help them to achieve what Russiagate could not, that is, the removal Donald Trump via an illicit coup conjured up by behind-the-scenes powerbrokers and their Democrat allies.

Predicting that TIP is bent on creating an American “color revolution,” Chris Farrell at the Gatestone Institute opined: “In one of the greatest public disinformation campaigns in American history, the Left and their NeverTrumper allies (under the nom de guerre: “Transition Integrity Project”) released a 22-page report [for] “war gaming” four election crisis scenarios. The outcome of each TIP scenario results in street violence and political impasse.” Even the normally “non-conspiratorial” Lifesite News, which typically focuses on pro-life issues, concurred that a color revolution is being brewed by Trump’s deep-state opponents.

Putting it more gingerly, the TIP report itself noted “A show of numbers in the streets, and actions in the streets, may be decisive factors in determining what the public perceives as a just and legitimate outcome.”